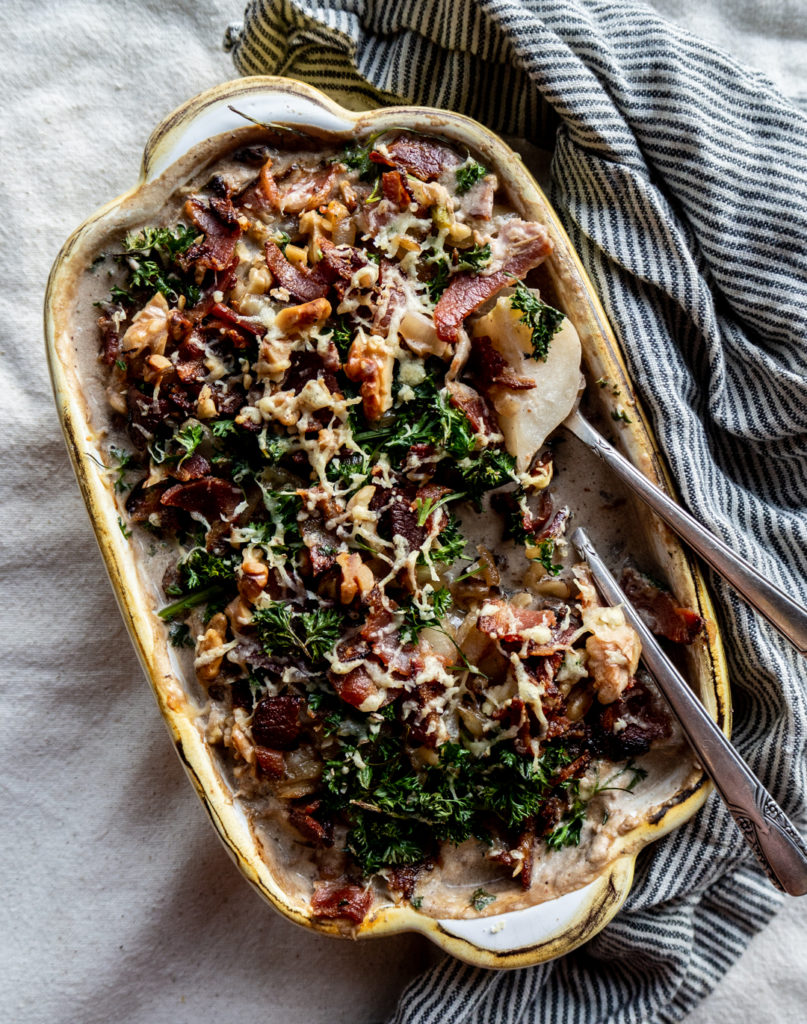 Over the past year I have moved away from sharing many personal stories here on the blog and have decided to dedicate this space primarily for recipes only. All life updates and general farm stories are shared via instagram these days.  So for some of you, this news has already been shared, but for folks who don’t already know, we lost our beloved pup Henry last week. We have been utterly heart broken and I can honestly say this is the hardest, deepest pain I have ever known. I’ve lost humans in my life but this is the first dog I’ve ever lost and it has completely shattered me. With that being said, Henry lived a full life where he got to free range on the farm, ride shotgun with me when I dropped of vegetable deliveries to restaurants, and cuddle up next to me and Taylor in the evenings while we would rest our aching and bruised up bodies from a long days work.

One thing that Henry loved more than life itself was turnips. Taylor and I have thought his addiction to them has been very odd over the last decade, but now we absolutely get a kick out of how much he adored them. Turnips could be planted in the field next to carrots, beets and even vine ripened strawberries and Henry would always dig for the turnips. Turnips over strawberries? I know!! He was seriously in love. We joke that his fur was so white because of how many turnips he consumed! I remember a time when a restaurant had placed an order for 40 bunches of turnips and upon delivery we realized we were down 3 bunches. There was only one guy to blame! Henry also had to be placed in the house on CSA delivery days if turnips were in the shares that week. As we loaded up boxes he could be so sneaky about pulling out a bunch of turnips when our backs were turned. His last meal the morning we had to put him down was turnips and fried bacon. He hadn’t been feeling well all week and was quite out of it when we gave him his last meal, but the guy devoured the bowl of turnips and bacon (in fact he went for the turnips first and bacon last). It was the perfect send off.

This past week I haven’t been feeling very inspired in the kitchen, but I knew I wanted to honor Henry and make a meal that he would absolutely love. This Turnip Au Gratin is right up Henry’s alley and I so wish he had been here to help me do the dishes and lick our plates clean. And of course, this isn’t just Henry approved, Taylor and I devoured this dish and I hope you all enjoy it as much as we do. The turnips are cooked in a creamy mushroom sauce and topped with a bacon and walnut crumbled. It’s absolutely divine!

Cheers to our sweet sweet boy who we hope is running wild in a sea of turnips free of pain. We love you Mr. Henry!