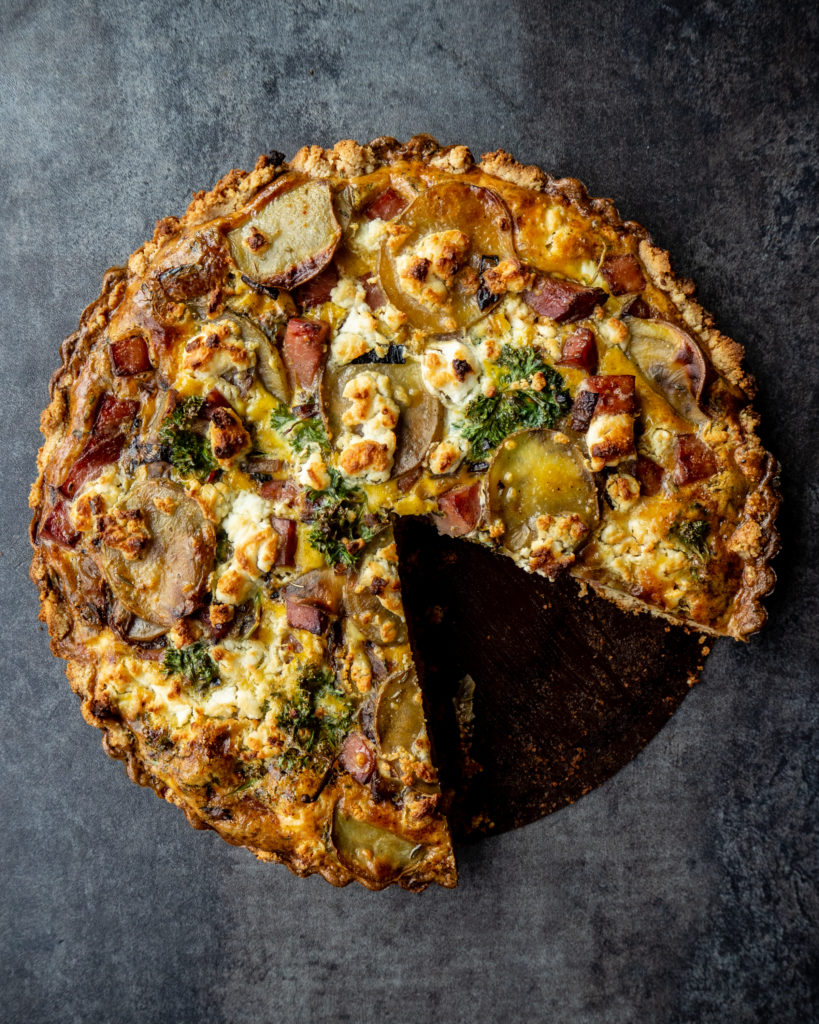 One if my favorite “kitchen sink” meals is a hearty quiche. I love that you can pretty much throw any vegetable, meat or leftover dinner scraps into a bowl, whisk up some eggs, make a simple crust and throw the darn thing in the oven and walk away. This recipe is awesome because the crust is made with almond flour instead of traditional flour which results in a slightly nutty flavored crust with a lovely texture. I’m a big fan of eating this quiche at room temperature but it’s wonderful served hot straight from the oven or even chilled. There’s really no wrong way to serve this puppy up!

The inspiration for the filling in this quiche is because we’re harvesting overwintered leeks at the farm and we paired them with potatoes we’ve stored from last year’s harvest. I of course wanted to add some ham from our pigs to bulk things up but feel free to swap out the veggies with what you’ve got on hand and the meat with anything from sausage to bacon. Regardless of what you fill your quiche with the crust is a must!

One thought on “Potato, Leek & Ham Quiche with Almond Crust”